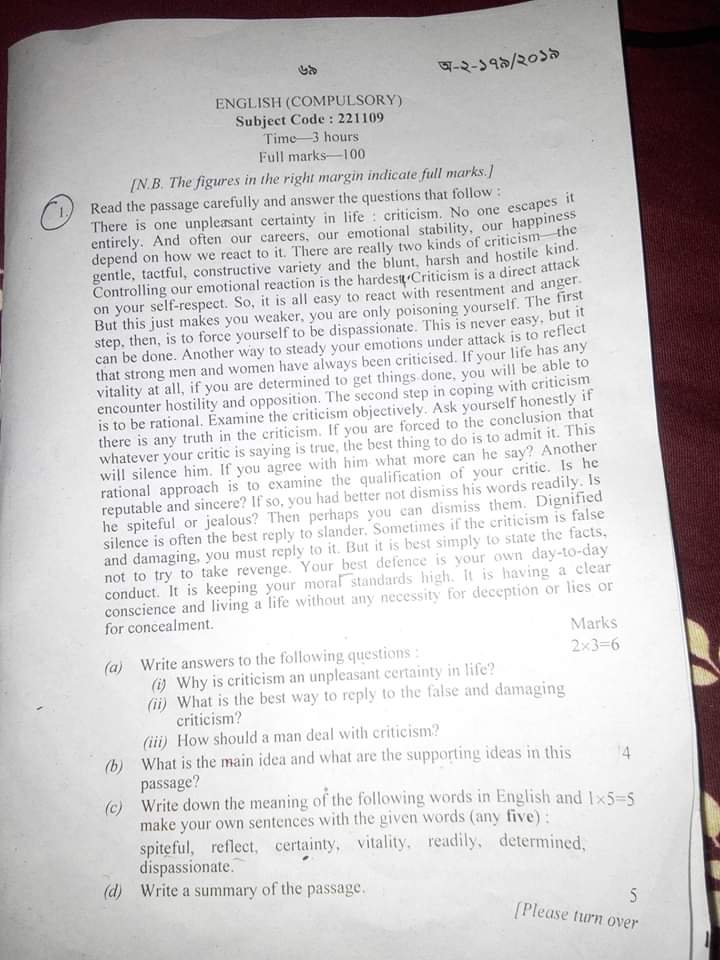 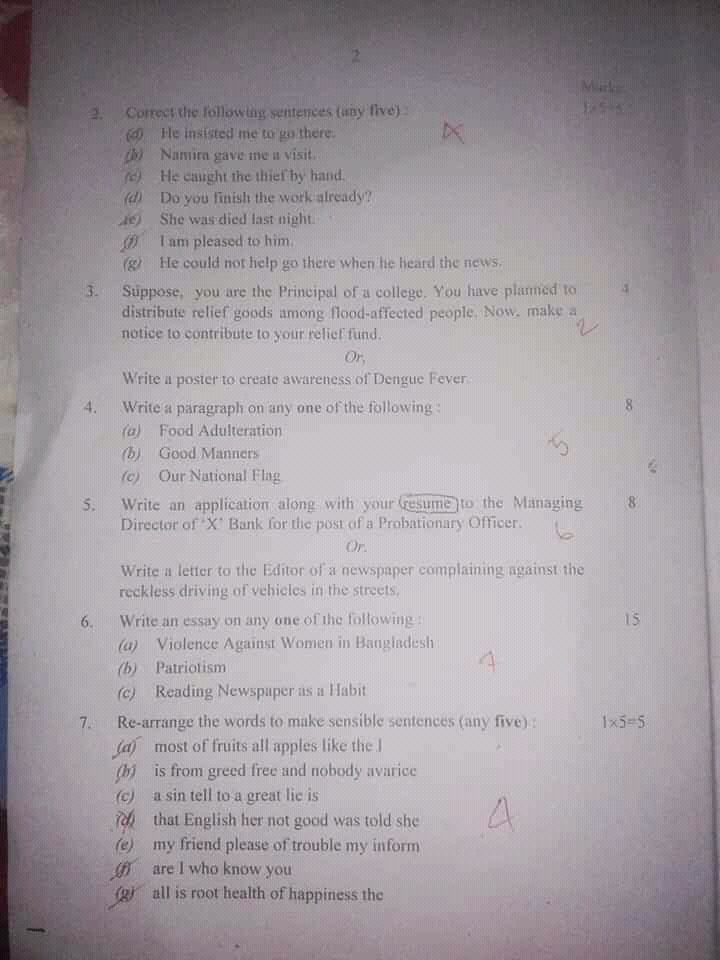 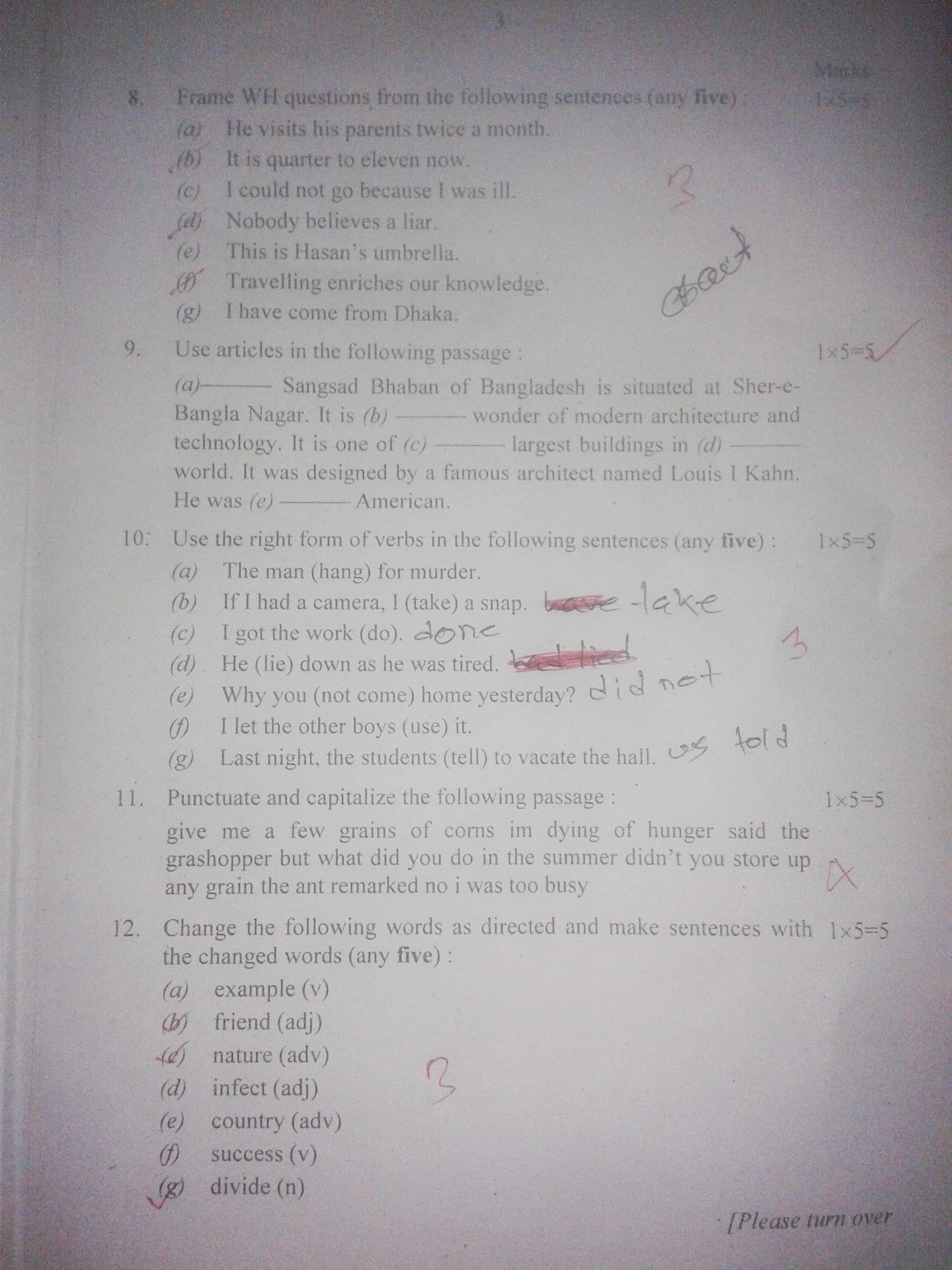 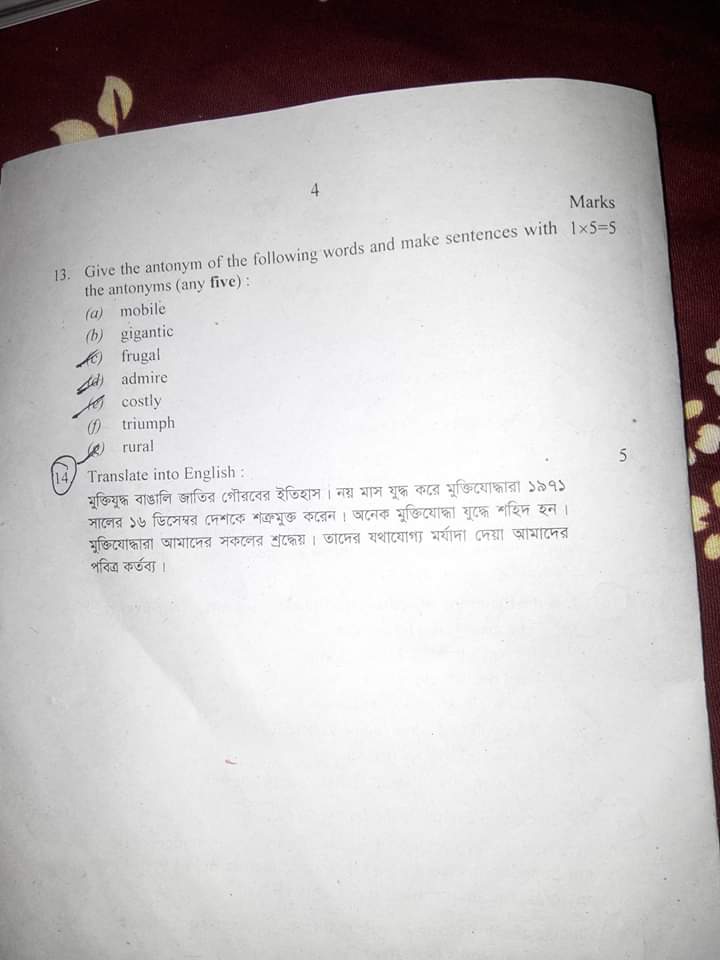 a)He insisted on my going there.
b)Namira paid me a visit
d)Haven’t you finished the work already.
e)she died last night.
g)He could not help going there when he heard the bews.

7-Re-arrange-
a) Of all the fruits, I like apple most.
b) Nobody is free from avarice and greed.
c) To tell a lie; is a great sin.
d) She told that her Engliah was not good.
e) Please inform my friend of my trouble.
f) I know who you are.
g) Health is the root of all happiness.

Answer to the question no- 8
a) How often does visit his parents ?
b) What time is it now ?
c) Why could not you go ?
d) Who believes a liar ?
e) Whose umbrella is this ?
f) Which does enrich our knowledge ?
g) Where have you come from?

punctuate—11 no.
”Give me a few grains of corns.I’m dying of hunger,” said the grasshopper.”But what did you do in the summer? Didn’t you store up any grain?” the ant remarked.”No, I was too busy.”

The history of the glory of Bangladesh during the War of Liberation.The liberation war liberated the country on December 16, 1971, after nine months of war.Many freedom fighters were martyred.The freedom fighters respect us all. It is our duty to give them due dignity. 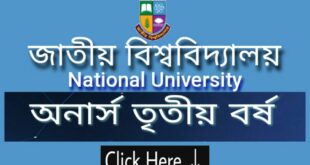 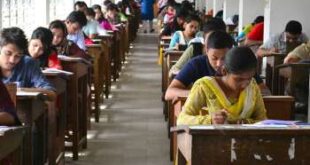